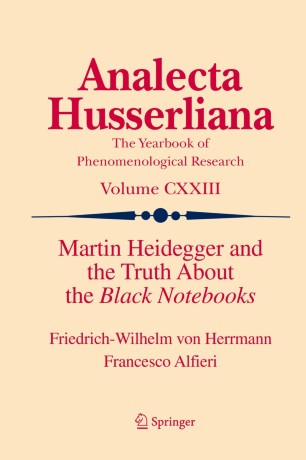 In this article, Frank Schalow reviews the English translation of Friedrich-Wilhelm von Herrmann’s and Francesco Alfieri’s book “Martin Heidegger and the Truth About the ‘Black Notebooks’”. The translation by Bernhard Radloff, who also wrote a Foreword and an Afterword, was published in the Springer series Analecta Husserliana in 2021.

“With Bernhard Radloff’s meticulous and nuanced translation of this book, an English-speaking audience will now have access to von Herrmann’s and Alfieri’s detailed arguments, as well as the hermeneutic backdrop that sheds light on the origin of the Black Notebooks.  For the first time, a wider audience will have the opportunity to uncover a new perspective on these texts, which has been masked in most circles of Anglo-American scholarship” (from Schalow’s review).