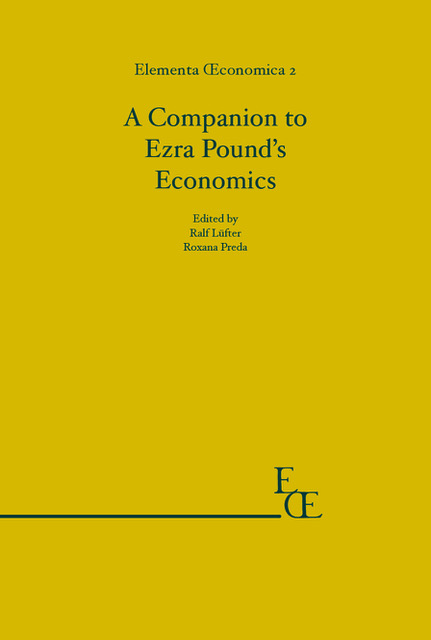 The aim of the anthology is to question the poetic dimension of Pound’s economics and to render it accessible for the study and understanding of economics as such. As A. David Moody argues in his exemplary contribution, when Pound affirmed that poets ought to occupy themselves with economic matters, he meant “that they should do so as poets, that is, in their poetry”. A first step towards the realization of what Pound claimed to be a genuine poetic responsibility and an ineluctable artistic obligation is to take a constitutive stance within the realm of economic issues, suspending the common practice of building on consolidated concepts and models that are taken for granted, and applied uncritically to what is assumed to be economic reality. Therefore, the poetic dimension of Pound’s economic thinking, generating the groundwork for a new approach to economics, is discussed in the contributions to this anthology. Furthermore, Pound’s work is remembered as a contribution to economics in its own right.

For the present Pound’s economics is forgotten – not in that it is not discussed but in that the discussion about it, carried out by economists as well as by other scholars, is first and foremost based on the said consolidated concepts and models. It then seems to be incomprehensible, unintelligible, hermetic, incongruent, heretical. For that reason its original trait, its source character, remains concealed for now.

Lüfter — Economics out of Ethics