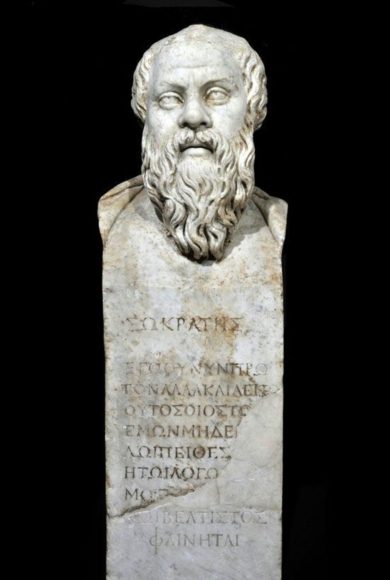 Socrates and the Socratic Dialogue assembles the most complete range of studies on this theme. It focuses on portrayals of Socrates, both as a historical figure and as the protagonist of ‘Socratic dialogues’, in extant and fragmentary texts from Classical Athens through Late Antiquity. Special attention is paid to the evolving power and texture of the Socratic icon as it adopted old and new uses in philosophy, biography, oratory, and literature. Chapters in this volume focus on Old Comedy, Sophistry, the first-generation Socratics including Plato and Xenophon, Aristotle and Aristoxenus, Epicurus and Stoicism, Cicero and Persius, Plutarch, Apuleius and Maximus, Diogenes Laertius, Libanius, Themistius, Julian, and Proclus.

For an overview of the contents see: Brill. A more detailed description of the book at: Moore.

Speaking herm of Socrates at the Archaeological Museum in Naples (copy of the 3rd cent. AD, probably from an original bronze statue made by Lysippus in 320 BC). The text is drawn from Plato’s Crito (46b4-6; = IG XIV 1214; IGURomae I 113 nr. 1549): ἐγὼ οὐ νῦν πρῶτον ἀλλὰ καὶ ἀεὶ τοιοῦτος οἷος τῶν ἐμῶν μηδενὶ ἄλλῳ πείθεσθαι ἢ τῷ λόγῳ ὃς ἄν μοι λογιζομένῳ βέλτιστος φαίνηται. («I for one, not only now but at all times, am of the sort that doesn’t confide in anything of what concerns him but the speech that seems best to him while he is considering it».) 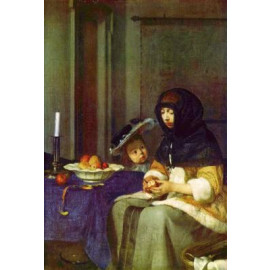 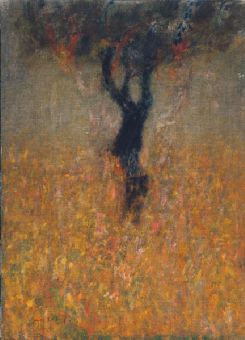 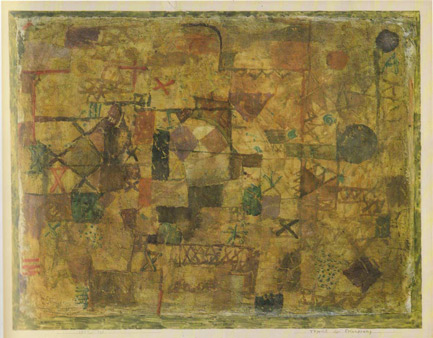 eudia is delighted to open the new year with a poem by Mary de Rachewiltz.

Mary de Rachewiltz — The pattern in the carpet